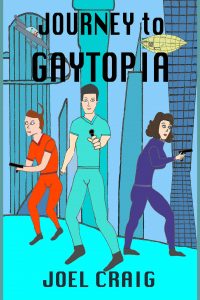 Broke actors Joel Craig and Stephen Foster have just had the break of a lifetime, series regular roles on The Julianne Moore and Madonna Half Hour Comedy Show. But during the filming of the show Madonna is kidnapped by Mae Dunaway, the evil twin sister of Faye Dunaway, and whisked away into a science fiction alternate parallel universe. Joel and Stephen are in hot pursuit in efforts to rescue Madonna from the evil clutches of May and get help from some new friends along the way in the city of Gaytopia. Will Stephen and Joel rescue Madonna? Find out in this graphic novel that will put you on the edge of your seats and leave you wanting more.

Journey to Gaytopia will be release finally on December 1, 2017.  Here are a few pics starting at the beginning. 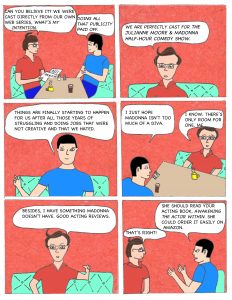 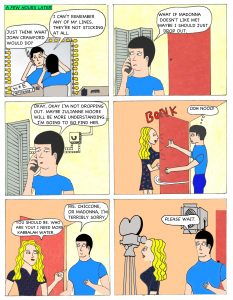 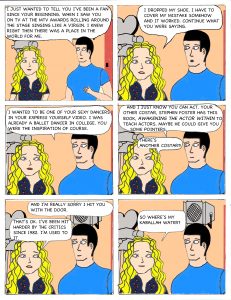 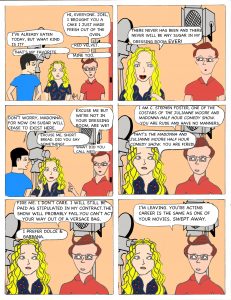 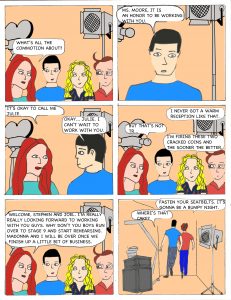 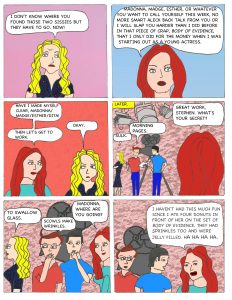 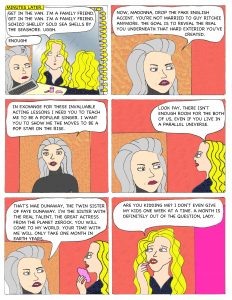 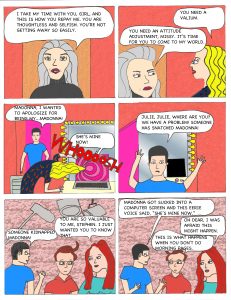 Elsewhere on the Internet